We use our own and third-party cookies to collect information to improve our services and to analyze your browsing habits. If you continue browsing, it implies acceptance of their installation. You can configure your browser to prevent its installation.

These cookies are strictly necessary for the operation of the site, you can disable them by changing the settings of your browser but you will not be able to use the site normally.

These cookies provide necessary information to applications on the website itself or integrated from third parties, if you disable them you may encounter some operational problems on the page.

These cookies are used to analyze the traffic and behavior of customers on the page, they help us understand and know how to interact with the web in order to improve its operation.

These cookies allow us to manage, in the most efficient way possible, the advertising spaces

The user is informed that he has the possibility to configure his browser so that he is informed of the reception of cookies, being able, if he wishes, to prevent them from being installed on his hard drive.

Below we provide you with the links of various browsers, through which you can carry out said configuration: 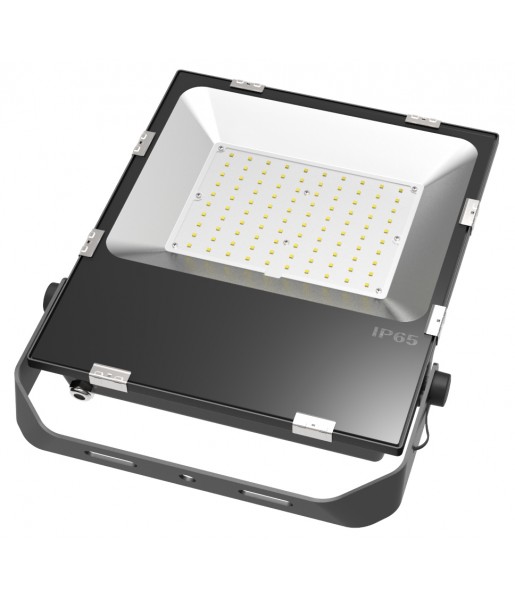 Meet our  LED Projector with CHIP LUMILEDS LUXEON 3030 2D with 5 years warranty and a useful life of more than 50,000 hours of use.

The performance of this 150W LED Projector allows excellent lighting in medium to high-altitude rooms (10/13 meters), where we aim to achieve average luminances of Em [lx] up to 750lx depending on the number of light points installed.

The LED lighting you need. Save money with our   150W IP65 led projector , with a long operating period and a 5-year warranty. Designed to illuminate production or storage areas in industrial buildings, shops, exhibition areas, vehicle workshops, etc.

THE INTELLIGENT CHOICE IS A PRICE DECISION Vs. DURABILITY

Reducing the price of an LED projector  is easily achieved, you can evaluate the quality of the product they offer taking into account that the price depends on:

Due to these differences in the design and application of the state of the art, in addition to the price, its reliability is also reduced in the medium term, maintaining an adequate level of light with the passage of hours of operation will be compromised. The medium and long-term success of LED projectors in industrial buildings and shops require a correct design and implementation of technology. The temperatures in the upper part of the industrial buildings is much higher than the temperature near the ground and this will affect if the LED projector is not designed to manage it. A guarantee of less than five years in the LED floodlights will hardly allow you to return the costs of your purchase during the "guaranteed" time .

LED PROJECTOR WITH DRIVER! RATIONALIZATION AND INTELLIGENT USE OF ENERGY

The choice of a led projector with DRIVER is important, there are led projectors that directly supply 230 volts to the LEDs, called driverless led projectors. In systems without drivers, the LEDs are connected in series and directly exposed to a high voltage, the voltage of the electrical network. Systems without drivers produce a flickering in the light (flick) at high frequencies, where the human eye is not able to perceive it, this flickering can cause eye strain. The blinking appears because there is no DRIVER that converts the alternating voltage of your electrical network into a pure direct voltage with a lower voltage. In a LED projector with DRIVER there is a stable voltage and current that will never turn off or blink the LED.

You can rest easy, all our led projectors include a driver to maintain perfect operation of the implemented LED, and they have a control input that you can use if you wish. If you do not want to use this control input, you just have to leave it collected and disconnected, so the LED projector will emit the light at 100% of its maximum power. But if you want to be able to regulate the light level and electrical consumption, they incorporate all the necessary technology so that it can be adjusted using a 1-10Vdc regulator.

The power factor of our led projectors does not penalize you. The power factor not only affects the energy efficiency of the led floodlights, and their useful life, it can also affect the amount of the electricity bill you receive. Electric companies apply a cost to this reactive energy when it exceeds certain levels.

In the ITC order 1723/2009 of the BOE, the penalty for reactive energy consumption is contemplated, and it is applied by all electrical distributors.

The 150W LED floodlight is implemented with the LUMILEDS LUXEON 3030 2D LED with a symmetrical light opening of 120º to which optional 25º and 60º optics can be applied. The symmetrical opening emits the same light in all its directions, this will provide us with a uniformity and light comfort when it comes to lighting spaces, far superior to luminaires with more closed angles.

What light level can i get?

The 150W LED Projector is a LED projector with the maximum energy rating that can be assigned to "A ++" lighting.

The level of light you will obtain will depend on the size of the area to be illuminated, the height and the separation between them.

If you are not sure of the light level Em [lx] required for the area you want to illuminate, you can consult the average illuminance levels required according to EUROPEAN STANDARD EN 12464-1. We have summarized them in a table that you can access by clicking here:   Light levels according to EN 12464-1

How can I check the quality of the 150W LED Projector?

Knowing the efficiency of the LED and downloading your technical sheet directly from the LED manufacturer: Osram, Lumileds, nichia, ect. With a few simple calculations we can get an idea of what they offer us.

All models have been tested in Spanish laboratories, both spectrometry and electromagnetic compatibility are tested. The color temperature, the expected color performance and correct electromagnetic behavior guarantee light comfort and correct coexistence with other electronic equipment.